Enrollment marketing is a challenging process. Choosing where to go for post-secondary education is a big decision that often spans years. More high school grads are going to college than ever, and competition is increasing between schools to land candidates.

Colleges and universities continue to evolve in their approach to attract prospective students. Understanding how high schools students make their decision is a first step in building an effective marketing plan. 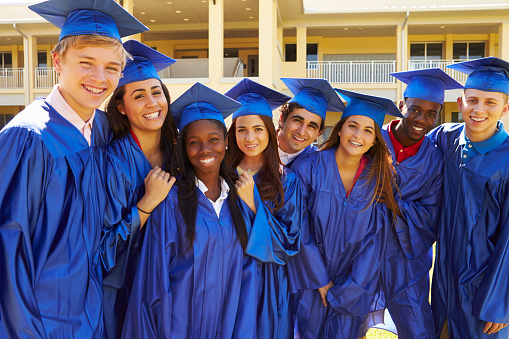 Location Is a Major Driver

A recent Washington Post story dug into how high school students evolve in their college preferences. They found that as freshman, simple name recognition drove the popularity of most schools. Ivy League schools populate the top 20 colleges preferred nationally. Their data shows “the percentage of the top 20 colleges nationally that are in-state shifted from about a third (34 percent) as high school freshmen to almost half (47 percent) as high school seniors.”

Taking region into account, the top 20 lists are also greatly influenced by location. High school seniors in western states prefer California colleges and universities. Only four of the top 20 colleges come from outside California and just two colleges are located outside the west region.

Gen Z increasingly uses mobile and social to explore school options and decide where to attend. According to the National Association for College Admission Counseling, social channels are most important to prospective students as they hone their list of potential schools. Early in the process they rely more on school websites and online college search tools. Once that task is done, they want to understand what it’s really like at each of their potential choices and determine best fit. Gil Rogers, director of marketing for the National Research Center for College and University Admissions states “It’s not until later that students turn more to social channels for guidance. Social is more of a decision-driver than a discovery engine.”

OOH In the Enrollment Marketing Mix

Place-based media like OOH can be great for reaching high school students early in the enrollment marketing process to gain name recognition. Later it can influence decisions about what school to attend as high schools seniors gravitate towards schools closer to home.

Once they are down to their final school list and use social media and other online sources to determine which school is the likely best fit, out-of-home advertising can also help drive activity.

According to a new study released by Nielsen, after seeing or hearing something advertised on a billboard, bus shelter, or other OOH format

To learn more about our capabilities, contact us. We can help: